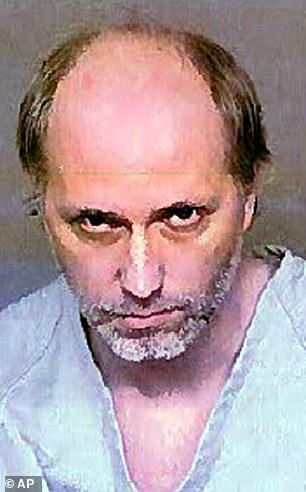 A man described as a white supremacist and pedophilia advocate has been arrested for allegedly flying across the country with a 12-year-old girl he persuaded to run away from home.

Nathan Larson, 40, who once ran for political office in Virginia to legalize child pornography, made the girl wear a long-haired wig to make her look older and told her to pretend to be mute during their travel, Fresno County Sheriff Margaret Mims announced on Saturday.

The investigation began last Monday morning when the girl’s family reported her missing from her bedroom in Fresno, California.

Mims said detectives learned that Larson, a resident of Catlett, Virginia, met the girl previously through social media, flew to California and persuaded her to sneak out of her house around 2am on Monday.

They took a rideshare car to the Fresno Airport, where they board a plane bound for Washington, DC, she added.

Larson was taken into custody and the girl was rescued by a Denver police officer who stopped the pair during their layover in Colorado, Mims said.

The girl was not injured and later was reunited with her family.

Mims said that while the girl was not physically harmed detectives have evidence of inappropriate touching at the airport. 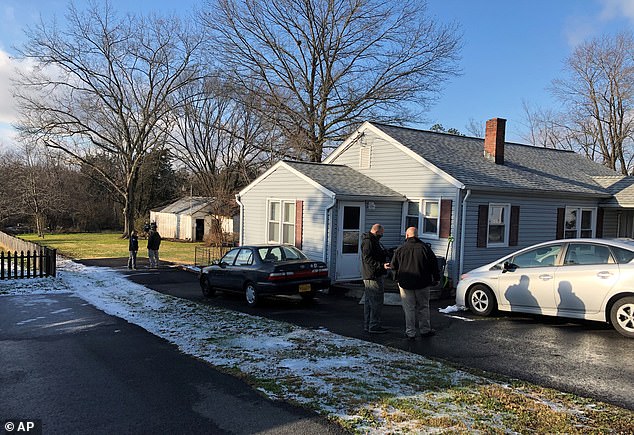 Detectives learned that Larson, a resident of Catlett, Virginia (home pictured), met the girl previously through social media, flew to California and persuaded her

She said the steps Larson had taken to groom the girl were of a ‘sophisticated nature’ and asked anyone who may have had inappropriate contact with Larson to contact police.

She also urged parents to always monitor their children’s internet activity and who they are communicating with online.

Federal agents searched Larson’s house and discovered that during the past two months since meeting her online in October, Larson persuaded the girl to send him pornographic images of herself, according to Mims.

During the search, Larson’s 69-year-old father, Arthur Larson, assaulted a federal agent and was arrested, she said.

Charged with assault and battery, the father was later released from jail after posting bond.

‘He is a white supremacist and a well-known advocate for pedophilia,’ she said of the younger Larson.

This is a man who runs a website, which encourages the raping of children and sharing of naked photos and video of children being raped.’

Nathan Larson ran and lost a 2017 campaign to become a member of the Virginia House of Delegates, representing the 31st House District encompassing Prince William and Fauquier counties in northern Virginia. 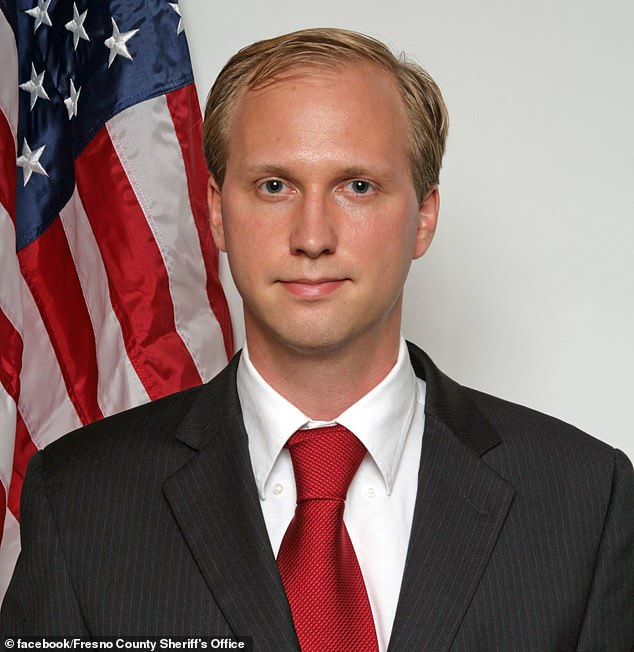 He ran as an independent and his platform included advocating for fathers to be able to marry their daughters, legalizing child pornography and suppressing women’s rights.

In 2009, while living in Boulder, Colorado, he was sentenced to 16 months in prison after pleading guilty to sending an email to the Secret Service that he intended to kill the president ‘in the near future.’

He wound up serving 14 months.

Larson was being held in the Denver County jail facing a misdemeanor charge of harboring a minor.

However, Fresno County authorities will seek an extradition request to Fresno where he will face felony charges of kidnapping, child abduction, soliciting child pornography from a minor and meeting a child for the intention of sex.

It wasn’t immediately known whether he has a lawyer.

Morrisons to ban shoppers who refuse to wear face masks 0

HOT OR NOT: Dasilva is another gem unearthed by Brentford… while no stats can help Arteta 0

Europe enters the deep freeze: Thousands without power in Sweden 0