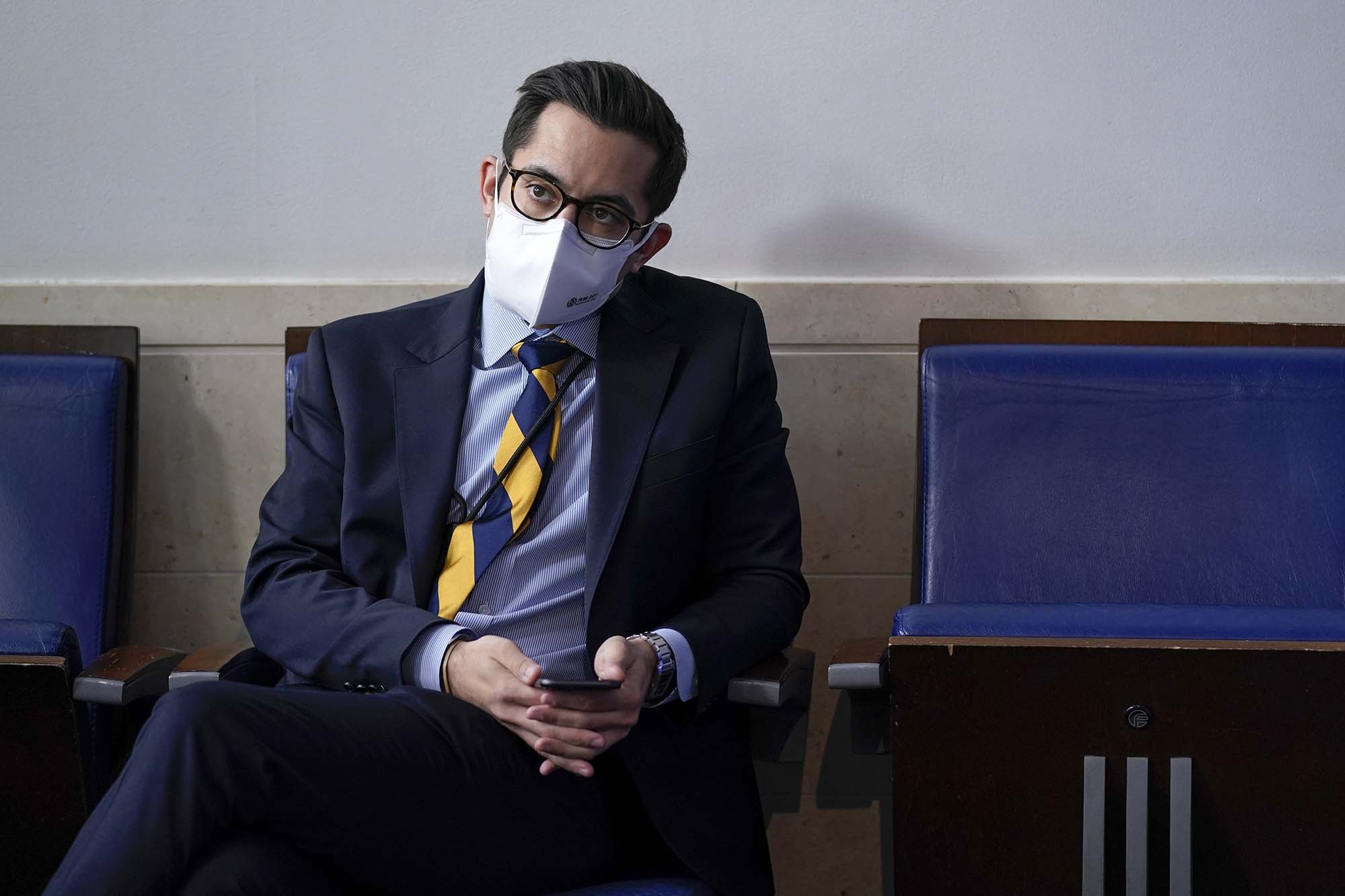 White House spokesman TJ Ducklo — who reportedly threatened a reporter who planned to write about his relationship with another journalist — has resigned, it was announced Saturday.

“We accepted the resignation of TJ Ducklo after a discussion with him this evening,” White House Press Secretary Jen Psaki said in a statement. “This conversation occurred with the support of the White House Chief of Staff.”

Ducklo, 32, allegedly told Politico reporter Tara Palmeri he would “destroy” her for investigating his personal relationship his relationship with a journalist — then slammed her as bitter that someone didn’t want to have sex with her, it emerged this week.

The embattled White House deputy press secretary was initially suspended for a week after the incident came to light, drawing criticism in light of President Biden’s pledge to quickly fire those in his administration if they were disrespectful of others.

“We are committed to striving every day to meet the standard set by the President in treating others with dignity and respect, with civility and with a value for others through our words and actions,” Psaki continued.

Ducklo apologized in a statement posted to Twitter Saturday after the White House announced his exit.

“No words can express my regret, my embarrassment, and my disgust for my behavior. I used language that no woman should ever have to hear from anyone, especially in a situation where she was just trying to do her job. It was language that was abhorrent, disrespectful and unacceptable,” he wrote.

“I am devastated to have embarrassed and disappointed my White House colleagues and President Biden, and after a discussion with White House communications leadership tonight, I resident my position and will not be returning from administrative leave.”

“I know this was terrible. I know I can’t take it back,” he continued. “But I also know I can learn from it and do better. This incident is not representative of who I am as a person, and I will be determined to earn back the trust of everyone I have let down because of my intolerable actions.”

The vulgar and threatening remarks from the senior White House aide were first reported Friday by Vanity Fair. Ducklo and Axios writer Alexi McCammond talked to People Magazine about their relationship in an article published Monday.

Fatty liver disease symptoms: Swelling in the lower body can be a sign of the condition

Fatty liver disease symptoms: Swelling in the lower body can be a sign of the condition 0

Lockdown exit plan: Shops in April, pubs in May and holidays in July – proposals leaked 0