Jacques Kallis is the enemy within: The legendary South African all-rounder revelled in beating England… now he’s loving coaching them

By Paul Newman for the Daily Mail

The names of the greatest all-rounders to ever play Test cricket roll off the tongue of any enthusiast — Sir Garfield Sobers, Lord Ian Botham, Imran Khan, Kapil Dev, Sir Richard Hadlee, Wasim Akram and, with a modern twist, our own Ben Stokes.

The newest member of England’s support staff has every right to be talked of in this exalted company. Yet he somehow rarely seems to earn a mention — at least until England newcomer Dan Lawrence this week described him as ‘arguably the greatest of all time’.

Certainly the statistics of Jacques Kallis, England’s batting consultant for the two-Test series against Sri Lanka in Galle, stand comparison with anyone’s and back up Lawrence’s argument. He made the small matter of 13,289 runs at 55.37 in 166 Tests while taking 292 wickets with his deceptively fast seam and swing bowling. Not to mention an equally impressive one-day record.

So what does the man himself make of his young charge Lawrence’s assertion and does he agree with him?

‘It’s certainly a great honour to hear stuff like that but I’ve never been one to worry too much about it,’ said Kallis at England’s Galle base. ‘I think it’s unfair to compare eras and types of players but to be mentioned in the same breath as some of the greatest players to play the game is humbling. It is nice but I’m not one who gets too worried where I fit into history.

‘I’m very proud of what I achieved in the game. I was a terrible loser, I hated losing, so that pretty much drove me and it certainly drives me in the other avenue of coaching now I’ve finished playing.

‘It’s nice to be able to help guys out on their way.’

But why does Kallis, 45, not seem to receive the praise offered to the likes of Sobers and Botham? Is it simply that he did not really have the panache or charisma that made the others so great? It is certainly not easy to remember Kallis, well, standing out.

‘I think I played a slightly different game to those other guys you mentioned,’ admitted Kallis. ‘They were a lot more aggressive and had different roles while I probably fell into the more conservative side, given the team and place I was batting in.

‘So, no, it doesn’t bother me. I never played the game for accolades or records.’

Kallis’s ability to impart his wisdom to a youthful batting line-up is what will concern England now — and the South African did not rule out trying to extend his role with the team beyond the short stay in Sri Lanka. 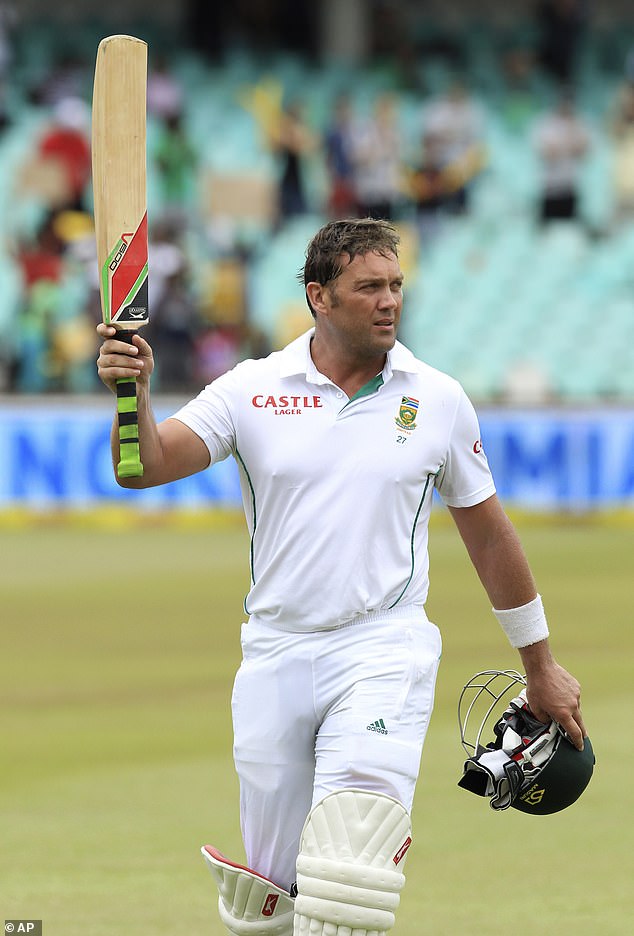 ‘I suppose in the beginning it was a little bit strange being here because England were the arch-enemy when we played them,’ said Kallis. ‘But I suppose it’s kind of the norm in the modern world for guys to coach other teams and I really have thoroughly enjoyed it so far.

‘England have a good bunch of boys with a lot of youngsters who have bright futures ahead of them so perhaps I can help them achieve their goals and their dreams.’

Smith spent his county career at Sussex and then had a spell as Sri Lanka coach in 1984. He died peacefully at his home in Adelaide.

Loading...
Newer Post
Wisconsin teen dad, 16, 'put his newborn daughter in a tree and shot her twice in the head'
Older Post
Inside George and Joanna Burgess' idyllic Barbados getaway as they escape Covid-stricken England

Pension consolidation: You may save thousands by combining pots but fee warning is issued 0