Sen. Ted Cruz touched down in Texas on Thursday afternoon with an armed police escort amid outrage over his 24-hour trip to Mexico d 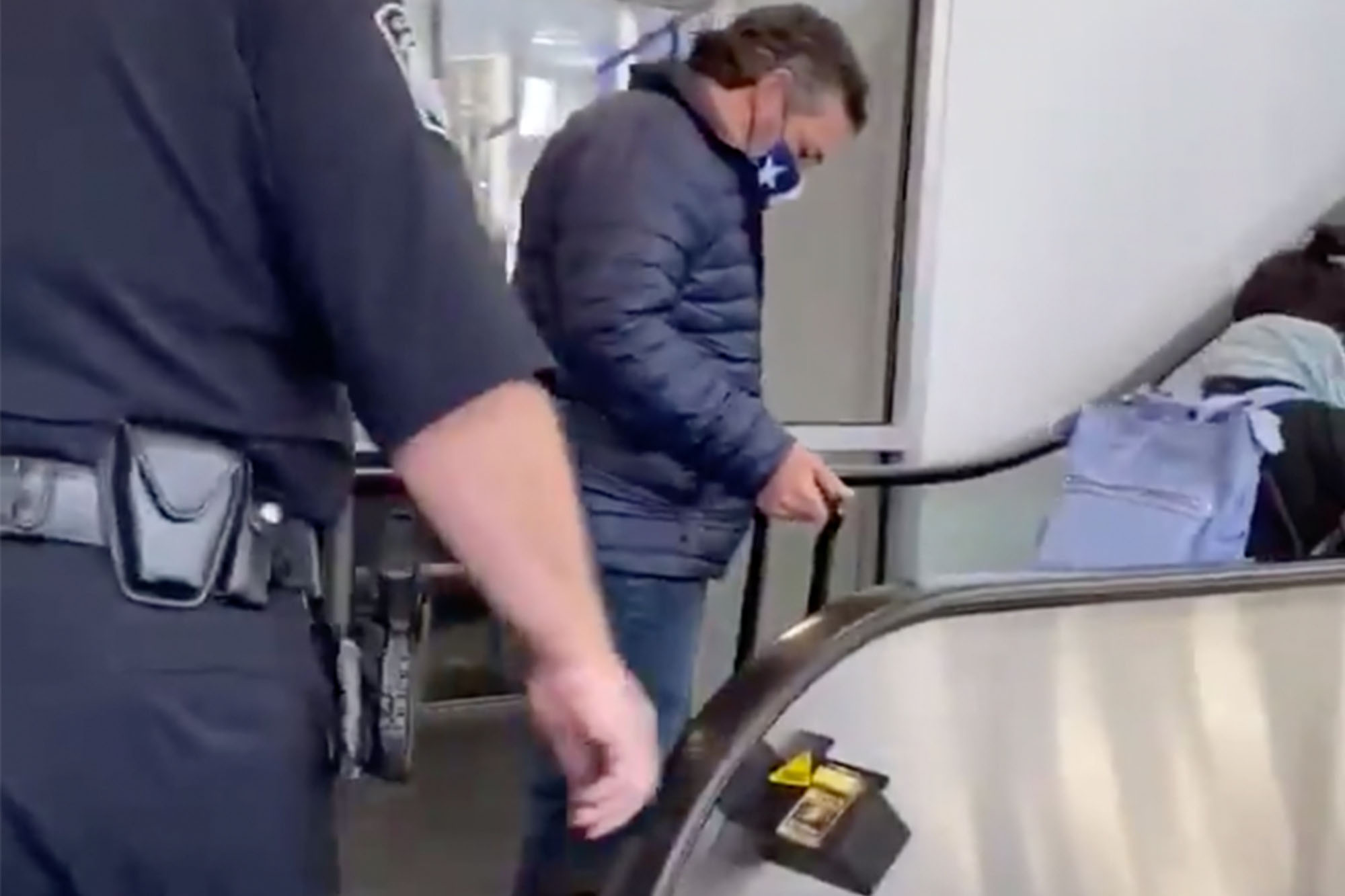 Sen. Ted Cruz touched down in Texas on Thursday afternoon with an armed police escort amid outrage over his 24-hour trip to Mexico during a catastrophic storm in the Lone Star State.

The Republican lawmaker could be seen chatting with two police officers who escorted him off his flight and through customs at Houston’s George Bush Intercontinental Airport in a 37-second clip obtained by CNN.

The former GOP presidential hopeful set off a political maelstrom on Wednesday evening when he was photographed boarding a flight to Cancun as millions of Texans braced for their fourth day without power or safe drinking water.

In a statement released Thursday afternoon, Cruz said that he was only chaperoning his daughters, ages 12 and 10, on a flight and was headed back to the US.

“This has been an infuriating week for Texans,” Cruz wrote.

“The greatest state in the greatest country in the world has been without power. We have food lines, gas lines, and people sleeping at the neighbors’ house. Our homes are freezing and our lights are out. Like millions of Texans, our family lost heat and power, too,” he wrote.

“With school cancelled for the week, our girls asked to take a trip with friends. Wanting to be a good dad, I flew down with them last night and am flying back this afternoon. My staff and I are in constant communication with state and local leaders to get to the bottom of what happened in Texas,” he added.

“We want our power back, our water on, and our homes warm. My team and I will continue using all our resources to keep Texans informed and safe.”

The powerful storm brought freezing temperatures which wreaked havoc on the state’s power grid, leaving more than 3.4 million people without power on Wednesday.

At least 30 people have died, including a woman and young girl who suffered carbon monoxide poisoning when they sat in an attached garage while a car was running because there was no heat in their home.

Texans have been forced to huddle in furniture stores and warming shelters, while at least two Austin hospitals have been evacuated after they lost running water.

On Thursday, 500,000 people remained without power as Republican Gov. Greg Abbott ordered 7 million people — approximately a quarter of the state’s population — to boil their water before drinking it.

‘You’ve made everything worse!’ Neil Oliver rages at Sturgeon he lists off SNP disasters 0