Jordan’s donation to Novant Health will improve access to affordable healthcare in his hometown of Wilmington, North Carolina, according to a Novant Health press release.

The two new clinics are slated to open in early 2022. The release did not state where the clinics will be located.

Jordan previously partnered with Novant Health to open two Michael Jordan Family Clinics in Charlotte. Those clinics offered comprehensive primary care, including behavioral health and social support services, to the area’s most vulnerable communities, according to the release.

Jordan’s gift will help Novant Health bring this same care model to more rural and rural-adjacent communities in Wilmington, offering services to residents who are uninsured or underinsured, the release stated.

Jordan, who was inducted in the Naismith Memorial Basketball Hall of Fame in 2009, is co-owner of the NBA’s Charlotte Hornets. Jordan also recently partnered with driver Denny Hamlin as co-owners of a new NASCAR team, 23XI Racing, with driver Bubba Wallace behind the wheel. Jordan was on-hand at Daytona International Speedway on Sunday to support his new team in the season-opening Daytona 500.

JORDAN:What his partnership with Hamlin could do for Wallace and NASCAR

Reporter Emma Dill can be reached at [email protected] 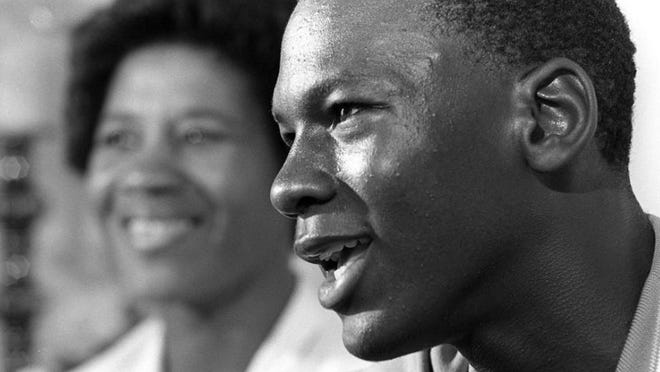 Maestro's return to the piano will give you chills

Nod or blunder? No CPAC 2021 apology for a stage shaped like a white supremacist symbol

Maestro's return to the piano will give you chills 0

Nod or blunder? No CPAC 2021 apology for a stage shaped like a white supremacist symbol 0

Nike executive resigns after her son's involvement in resale business 0

Covid vaccine side effects: Health benefits could include fighting cancer and Alzheimer's 0

'It was God, I tell you:' Tiny light on cellphone leads to one water rescue as Kentucky endures historic flooding 0