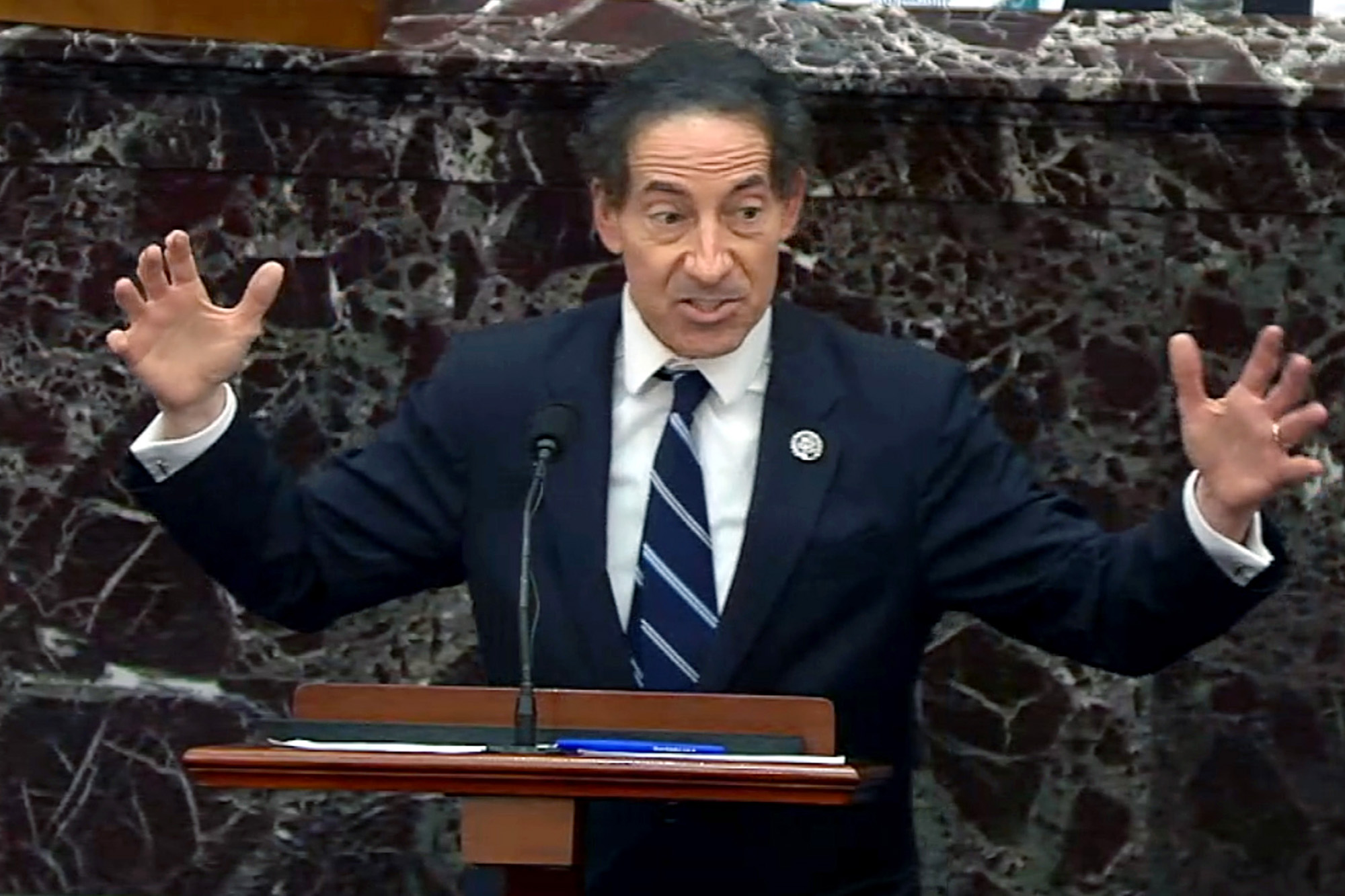 Confusion, delays and objections were abound at Saturday’s rollercoaster conclusion of former President Donald Trump’s second impeachment trial — a day that began with Democratic infighting over a last-minute push for witnesses.

House impeachment managers, led by Rep. Jamie Raskin (D-Md.), kicked off the day suddenly announcing their desire to subpoena Rep. Jaime Herrera Beutler (R-Wash.) to testify, potentially opening the floodgates for dozens of other witnesses and delaying the final vote for weeks.

Herrera Beutler said Friday that she was present for a call between House Minority Leader Kevin McCarthy (R-Calif.) and former President Trump during the Capitol riot.

The move sparked a frenzy, as it became clear that calling witnesses could extend the proceedings indefinitely.

After a short recess, Democratic and GOP Senate leaders returned to the chamber and announced that they had reached an agreement to read Herrera Beutler’s statement into the record.

The deal, a bipartisan group of senators admitted, would help avoid anymore delays in the trial.

“I think that this is a political theater. And I think the House managers were feeling heat on their left flank and so … they surprised Schumer and the Democrats by saying they wanted witnesses,” Sen. Ted Cruz (R-Texas) said just prior to the deal being made.

“There’s just a lot to be done in terms of, not just the COVID relief, but there’s a lot of things — problems and challenges that the country is facing — that need attention,” Sen. John Hickenlooper (D-Colo.) noted around the same time, adding the importance of the Senate getting it done “efficiently.”

The final agreement allowed for Herrera Beutler’s statement to be read into the record without the congresswoman or anyone else being deposed as a formal witness.

Despite desires by Senate leadership to get through the trial as soon as possible, House impeachment managers caused delays by sparking objections over potentially new evidence being introduced in the closing to their arguments.

As House impeachment manager Rep. David Cicilline (D-RI) delivered part of the Democrats’ closings Saturday, Sen. Mike Lee (R-Utah) again objected to his description of the call that took place on his phone between Sen. Tommy Tuberbville (R-Ala.) and then-President Trump on the day of the Capitol riot.

Lee had previously objected to Cicilline’s characterization of events when he discussed the call during Thursday’s proceedings.

The trial was forced to be paused for a quorum call, after Lee called for a point of order because Cicilline continued to offer the same characterization as he did on Thursday.

As the issue was being resolved, Lee could been seen standing by the Trump defense team where he remarked, “We took them at their word that that was withdrawn. Now they’ve just reinserted it.”

Sens. Brian Schatz (D-HI) and Kirsten Gillibrand (D-NY) headed over and spoke to Lee about the situation before heading over to Senate Majority Leader Chuck Schumer (D-NY), where it’s assumed they explained what Lee had told them.

Eventually, Cicilline was told that the record would be stricken of what he had discussed of the Lee call, as “new evidence is not permitted in closing arguments,” Senate President pro tempore Patrick Leahy, who was presiding, scolded.

Then, during fellow House impeachment manager Rep. Madeleine Dean’s (D-Pa.) closing arguments presentation later Saturday afternoon, she showed slides that had not been included earlier in the trial.

Dean eventually withdrew some of the slides after Republicans pointed out that she was including new evidence at a time when she wasn’t permitted to.

The confusion continued as House managers remained unable to say whether they had submitted the evidence Dean was using at any other point in the trial.

“Oh, correction, the record did include appropriately the last video. So we will keep that in the record and I will keep it in my closing remarks,” Dean said of one of the visuals in question.

After finding out that she would be able to proceed with some of the slides kept in the record, Dean offered a chuckle and remarked, “I have to say that of all the trials I have ever been a part of, this is certainly one of them.”

Macron crisis: French leader 'too scared' to impose lockdown out of fear of mass protests

Macron crisis: French leader 'too scared' to impose lockdown out of fear of mass protests 0