WASHINGTON — House Republicans are demanding answers from Speaker Nancy Pelosi on security decisions made in the lead-up to the Jan. 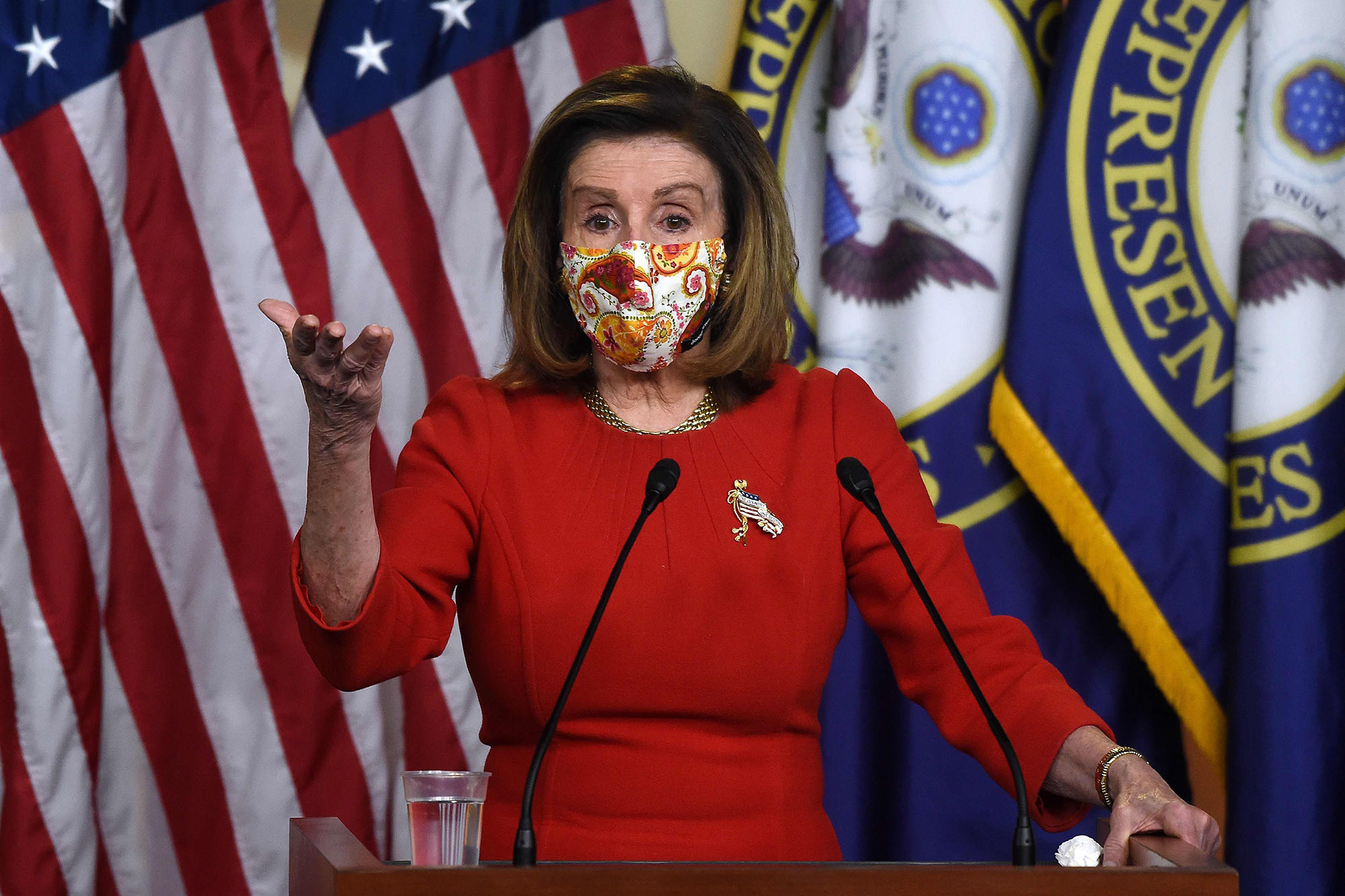 WASHINGTON — House Republicans are demanding answers from Speaker Nancy Pelosi on security decisions made in the lead-up to the Jan. 6 Capitol riot and what involvement her office had, according to a new report.

“As you are aware, the Speaker of the House is not only the leader of the majority party, but also has enormous institutional responsibilities,” the pols wrote in the letter obtained by Fox News.

“The Speaker is responsible for all operational decisions made within the House.”

In the letter, the Republican lawmakers said they had seen a “very heavy-handed and tightly controlled approach to House operations” from Pelosi’s office and demanded to know why requests for the National Guard to be deployed before the insurrection were rebuffed.

Capitol Hill Police were heavily outnumbered by supporters of then-President Donald Trump who stormed Congress on Jan. 6 and came dangerously close to lawmakers who were huddled inside.

“When then-Chief Sund made a request for national guard support on January 4th, why was that request denied?” Republicans wrote, per the Fox News report.

“Did Sergeant at Arms Paul Irving get permission or instruction from your staff on January 4th prior to denying Chief Sund’s request for the national guard?”

Pelosi’s office said Monday that Irving did not bring a National Guard request to them before the day of the siege.

Sund and Irving resigned under heavy pressure from Pelosi — a decision that the top-ranking Republicans also chafed at.

“While there is wide-spread support to conduct an independent security review of the campus, General Russel Honoré was appointed solely by you, without consultation of the minority,” the Republicans wrote.

“It is easy to understand why we and our Senate counterparts remain skeptical that any of his final recommendations will be independent and without influence from you,” they added.

Pelosi is also under fire over the decision to keep National Guard troops in the nation’s capital until mid-March.

More than 5,000 troops will remain in DC after 26,000 National Guard were deployed ahead of President Biden’s inauguration to a cost of $500 million.

Reached for comment by The Post, Pelosi’s office said ranking Republicans were “trying to deflect responsibility for the Capitol attack from Donald Trump” and that their letter is a “transparently partisan attempt to lay blame on the Speaker.”

“The Committees of Jurisdiction were briefed in advance of January 6 about security preparedness. During a briefing of the Appropriations Committee Majority on January 5th by the House Sergeant at Arms Paul Irving and U.S. Capitol Police Chief Sund both Chief Sund and Mr. Irving provided assurances that the Capitol Complex had comprehensive security and there was no intelligence that groups would become violent at the Capitol during the certification of electoral votes.  It is our understanding that Ranking Member Davis was also briefed, but took no action to address any security concerns that he might have had,” the statement continued.

“As the target of an assassination attempt, the Speaker knows all too well the importance of security at the Capitol and is focused on getting to the bottom of all issues facing the Capitol Complex and the events that led up to the insurrection.  Clearly, these Republican Ranking Members do not share this priority.”

Brexit threatens to spark EU crisis: 'Bloc will be smaller, poorer and weaker'

Republicans willing to break away from party to follow Trump, poll reveals

Brexit threatens to spark EU crisis: 'Bloc will be smaller, poorer and weaker' 0

Republicans willing to break away from party to follow Trump, poll reveals 0

Like World War I and other epic events, COVID-19 could create the next Lost Generation 0

Boris Johnson announcement: What time is Boris speaking today? What will he say? 0