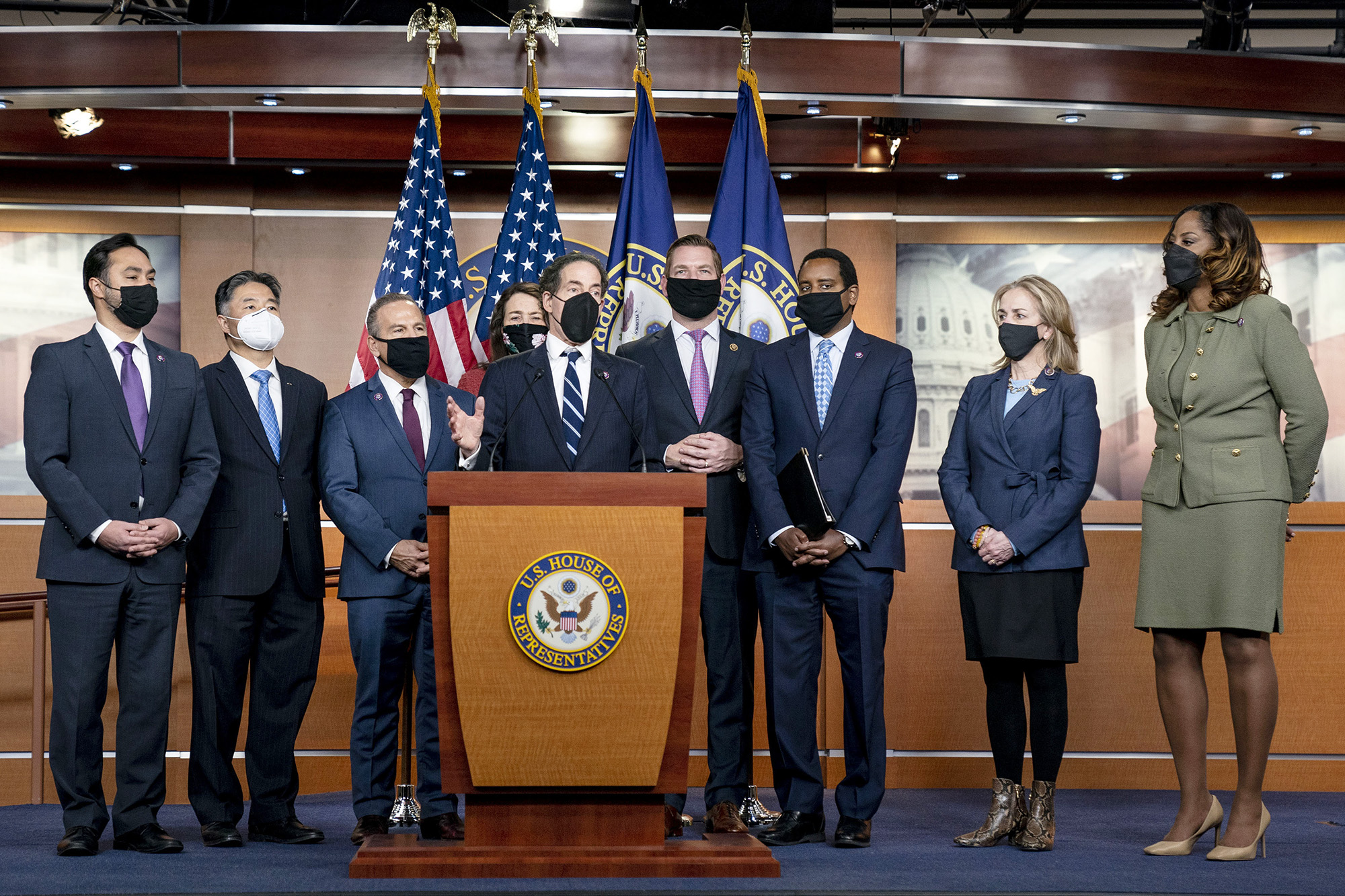 House managers in the Senate impeachment trial of former President Donald Trump defended their flip-flop decision not to call witnesses to testify — with one insisting they weren’t needed because members of the chamber lived through the Capitol riots last month.

Rep. Madeleine Dean (D-Pa.) was asked on ABC News’ “This Week” if she and other Democrats prosecuting the case against Trump “caved” on seeking testimony on Saturday, right after a vote allowing them to do just that.

“Not at all,” she said.​ “We didn’t need more witnesses​.​ America witnessed th​is.​ ​W​e were in a room full of witnesses and victims, we needed no​ ​more witnesses​.”​​

She noted that the Democrats were able to have a statement from GOP Rep. ​Jaime Herrera Beutler about House Minority Leader Kevin McCarthy’s telephone call with Trump on Jan. 6 admitted into the evidence record.​

Another manager, Del. Stacey Plaskett of the Virgin Islands, said the result was to get Herrera Beutler’s recollection of her talk with McCarthy on the record, and added that it was unlikely enough Republican senators would have voted to convict Trump anyway.

“I know that people are feeling a lot of angst and believe that maybe if we had (a witness) the senators would have done what we wanted, but, listen, we didn’t need more witnesses, we needed more senators with spines,” said on CNN’s “State of the Union.”

Herrera Beutler said McCarthy told her that he had implored the former president to call off his supporters after they stormed the Capitol on Jan. 6, sending lawmakers scurrying for safety.

She said Trump told the Republican leader: “Well, Kevin, I guess these people are more upset about the election than you are.”​

The Senate voted 55-45 to call witnesses after Rep. Jamie Raskin, the lead House manager, sought to subpoena Herrea Beutler to testify — a process that could have delayed the Senate trial for weeks.

But then the House managers and Trump’s legal team worked ​out a deal to just admit her statement into evidence.

Herrera Beutler was one of 10 House Republicans who voted with Democrats to impeach Trump on Jan. 13.

Dean said the “stipulation” from the former president’s lawyers provided the truth of Herrera Beuter’s statement.

“​I​t was entered into the record, further witness of the high crime and insurrection incited by a president​,” Dean said.

The Senate acquitted Trump on a 57-43 vote of the House charge of “incitement of insurrection. Seven Republicans voted with Democrats to convict, but the margin fell short of the 67 needed to convict.​

Covid vaccine: Is there a best vaccine? Can they become more effective? 0

Vitamin B12 deficiency symptoms: Three signs you can see on your skin 0

Another winter storm slams Northeast, Mid-Atlantic; 1.1M without power, including nearly 500,000 in Texas 0

Biden, Democrats take up COVID-19 relief this week. Here's what we know 0