Contractor killed, service member wounded in rocket strike near US base in Iraq

Iraq attack: Joe Biden poised after deadly rocket siege on air base
Iraq attack: US base hit by ‘four rockets’ – kills contractor and wounds US service member
Iraq attack: White House says ‘we will take action’ if necessary after US air base hit 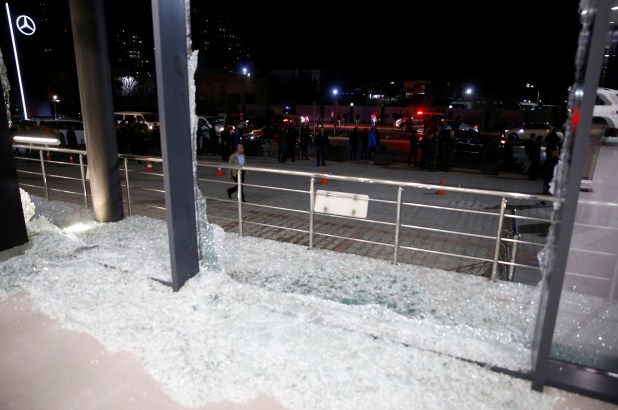 Broken glass is seen at the Bright Castle Motors building after reports of mortar shells landing near Erbil airport, in Erbil, Iraq on February 15, 2021.
REUTERS/Azad Lashkari

A rocket attack near a base housing American forces in northern Iraq killed a US-led coalition contractor and wounded at least eight other people on Monday night.

A US service member and two civilians were among the injured in the 9:30 p.m. strike in between the Irbil international airport in the semi-autonomous Kurdish-run territory and the base, authorities said.

Coalition spokesman Col. Wayne Marotto said in a statement the attack is under investigation. No one immediately claimed responsibility for the blast.

Marotto did not disclose the nationality of the dead contractor.

Rocket attacks have frequently targeted the US presence in Baghdad, but slowed down late last year ahead of President Joe Biden’s inauguration.

Last year, tensions soared between the US and Iran when an US drone attack killed top Iranian Gen. Qassim Soleimani.

Queen Elizabeth: Royal tricks for coping with long-haul travel from films to medicine 0