Puerto Rico Gov. Pedro Pierluisi expects the US House of Representatives to introduce legislation on statehood by mid-March, saying 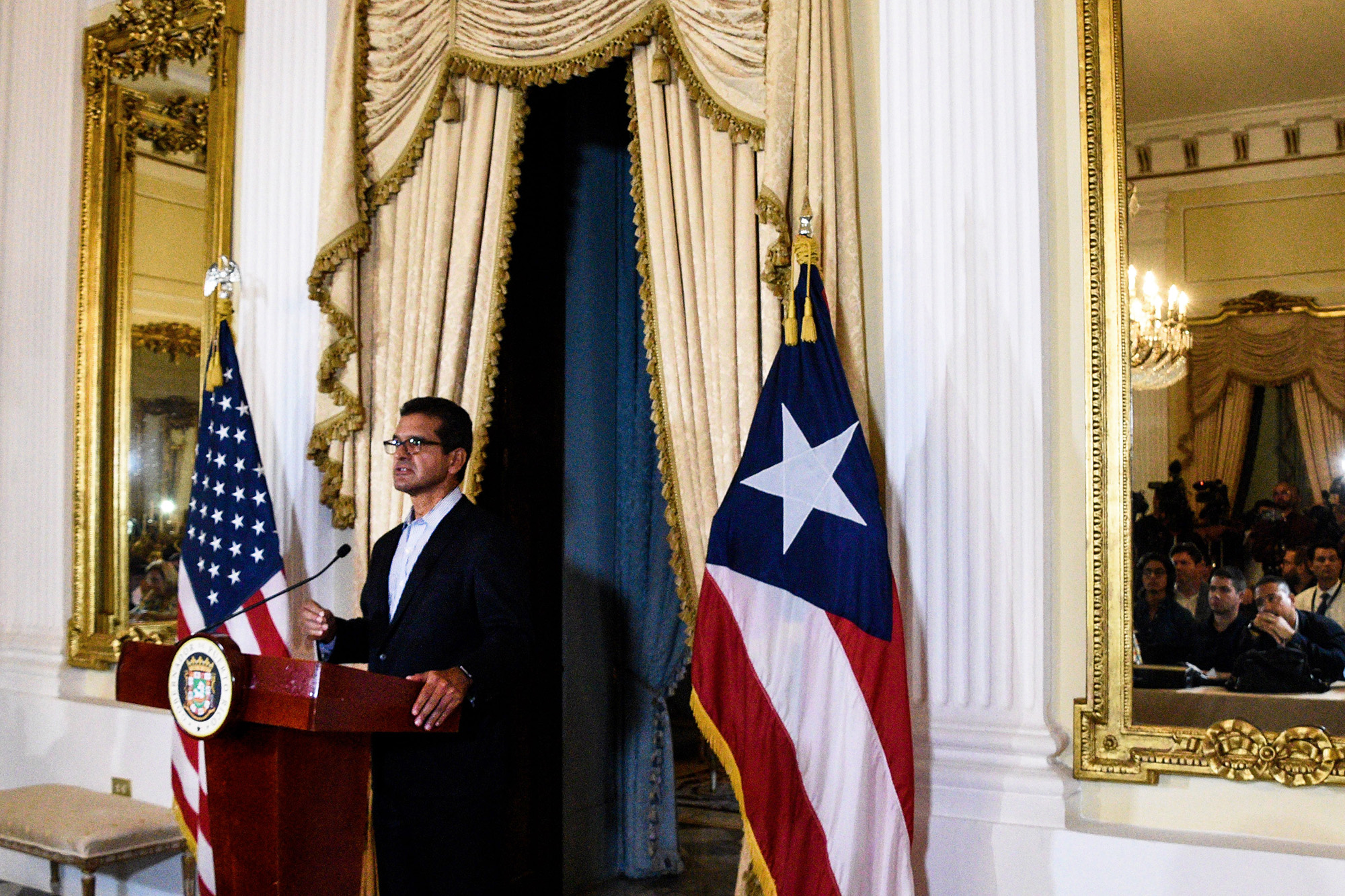 Puerto Rico Gov. Pedro Pierluisi expects the US House of Representatives to introduce legislation on statehood by mid-March, saying he has spoken to members of Congress about their plans.

Pierluisi, who leads the pro-statehood New Progressive Party, revealed his expectations while speaking to “Axios on HBO” in an interview set to air Monday.

“What I anticipate is that there will be considerable support for a statehood bill in this Congress,” Pierluisi told the outlet.

“I believe you’ll see bills being introduced in the House at the latest by mid-March of this year, so within a month,” he added, citing conversations with Rep. Darren Soto (D-Fla.) and Del. Jenniffer González-Colón (R-PR).

Up until 2017, Pierluisi represented the island in the House where he caucused with the Democrats, which explains his already close working relationships with many in the body. He was sworn in as governor last month.

“I have gotten calls from members of the Senate inquiring about this issue and exploring it,” Pierluisi said, mentioning Sen. Martin Heinrich (D-NM) as his most recent conversation.

The two, the governor said, spoke last week about the matter.

A spokesperson for Heinrich did not immediately respond to The Post’s request for comment.

“We need a game-changer in Puerto Rico. And one game-changer would be that we get equal treatment in key federal programs,” Pierluisi said, mentioning programs like Medicaid and the Earned Income Tax Credit.

Asked about Reps. Alexandria Ocasio-Cortez (D-NY) and Nydia Velázquez’s (D-NY) lack of outright support for statehood, instead advocating for Puerto Rican independence or self-determination, Pierluisi said he looked forward to lobbying them on the issue.

“I would love to have her support,” he said after being asked about AOC specifically, “And I don’t rule out convincing her to join me in the way that I’m approaching this.”

Reps for AOC and Velázquez could not immediately be reached by The Post for clarification on their stances on the island’s status.

Currently, Puerto Rican citizens cannot vote in the general election for the US presidency, and the island lacks full voting members of Congress without statehood.

“Statehood is not a panacea. Of course, we have to do better. But there’s no question that having two senators and four representatives in Congress batting for us when needed would make a difference,” the island’s governor told the outlet.

Puerto Rico voted in favor of statehood in November, with the motion carrying 52 percent support on the island. Forty-seven percent of the island’s citizens, however, voted against it.

President Biden has expressed support for the idea of statehood, but it is not clear where he will stand once bills are introduced.

A White House spokesperson could not immediately be reached for comment.

Sunday with RZA: ‘I strive to be at peace’

Sunday with RZA: ‘I strive to be at peace’ 0

Banks are back with handouts to lure in new customers 0