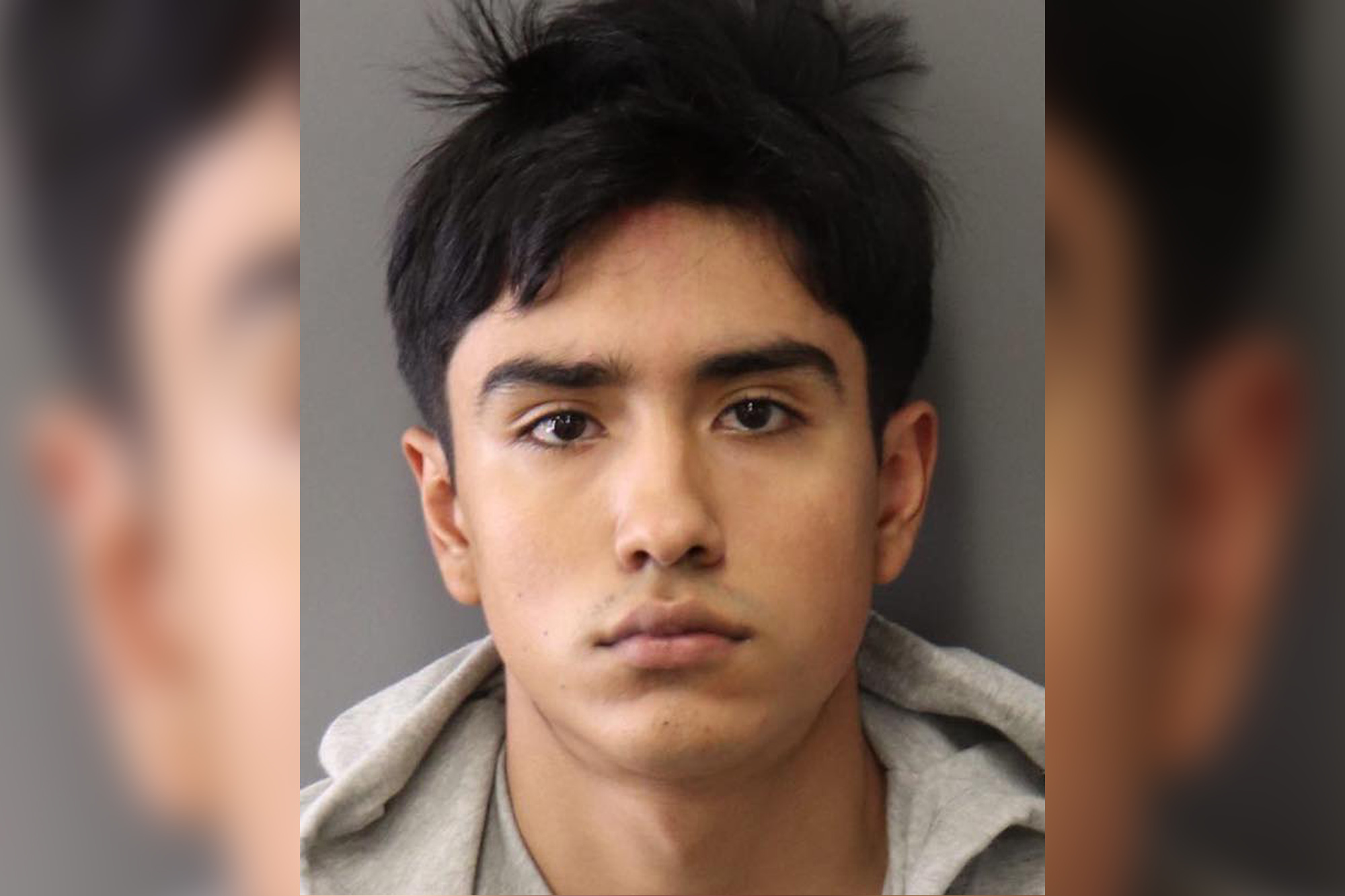 An online video showing a battered Chihuahua puppy gasping for air led to the arrest of a California man in connection to the animal’s “savage” slaying, police and county officials said.

Angel Ramos, 19, was busted by cops who got a tip about a social media post late Saturday showing the possible killing of a dog that had a “large laceration” on its neck as it struggled to breathe and a young man “stood over it making comments about what he just committed,” Riverside police said Sunday.

Investigators traced the profile and responded to an apartment complex to search for the suspect and found Ramos – who had illegal metal knuckles and fresh blood stains on his clothing, as well as cuts to his hands, police said.

Cops also found a 4- to 6-month-old Chihuahua “barely alive” in Ramos’ bedroom with a severe neck wound. The gravely injured dog was rushed to an emergency pet clinic, but the animal ultimately had to be euthanized, police said.

Ramos was later charged with two felonies: cruelty to an animal and illegal possession of metal knuckles. He was booked into a Riverside detention center, but was released hours later on a notice to appear citation due to the current emergency bail schedule for non-violent offenders, police said.

“This appeared to be a very savage act committed toward this poor animal,” Riverside County Department of Animal Services Director Julie Bank said in a statement. “It is unfortunate the dog could not be saved. Nonetheless, we appreciate Riverside police taking the lead in this suspected cruelty case.”

Some of Ramos’ neighbors, meanwhile, said they were shocked by the allegations.

“Honestly, I think it’s really cowardly to do something like that, to [harm] an animal, you know?” Riverside resident Michael Willis told NBC Los Angeles.

At least one officer was also dismayed that Ramos was sprung from custody just hours after being taken into custody.

“It’s very frustrating,” Officer Javier Cabrera told the station. “We take people to jail and unfortunately they’re getting released hours later sometimes before the report is even finished … He’s just a violent person. He shouldn’t be on the streets.”

Loading...
Newer Post
My partner is pregnant – and the cost of giving birth in the US is stressing me out | Arwa Mahdawi
Older Post
America has a history of medically abusing Black people. No wonder many are wary of COVID-19 vaccines

Labour backlash as Angela Rayner claims £249 Apple Airpods on expenses: 'Not your money!'

BBC backlash over 'woke' warning on classic sitcom Porridge – 'The nonsense has to stop!'

Labour backlash as Angela Rayner claims £249 Apple Airpods on expenses: 'Not your money!' 0

BBC backlash over 'woke' warning on classic sitcom Porridge – 'The nonsense has to stop!' 0

6 king cakes you can order online for Mardi Gras 0

Sears and Kmart closing more stores. Is your location closing in 2021? See the updated closure list. 0